When I eventually reach book 7, Wisdom will have three children. His oldest will be Keith, named after himself because he too will be albino. The middle child, Gaily, will be human, and the third child will be mysterious and observant – a half-breed of human and Healer.

It is the third child that I will be most interested in writing: Koréken. The name and looks is in honor of Corrigan, the Black Wing that assists his father in previous adventures. But Koré is more than just a dark-haired child with pale eyes. He has strange abilities that neither Healer or humans use. What’s even stranger is his ability to manipulate the energy within someone else, but cannot use it directly within himself. He acts as a weather forecaster. Except instead of predicting weather, he can foresee the emotions or intentions behind someone approaching. Therefore, he’s able to give fair warning to flee or stay.

Koré is conservative in speech. He prefers quiet spots to enjoy reading the collections of books his father keeps in their home library.  He develops a method of touch that involves pressure points. Pressure points on the body can do a number of things, including but not limited to temporarily paralysis, muscle control,  or easing pain.

Koré is confused with another developing problem. Dubbed as Dark Ones, these are regular people who suddenly grow pale, with white eyes and black hair. Surrounding energy flocks to them and releases in such a way that it causes a mass of destruction before they’re able to learn control. But Koré  is able to help these people. By using his ability to manipulate energy, he’s able to give them enough time to learn how to deal with what’s happening to them. However, the threat of more becoming Dark Ones and why it’s happening is alarming.

It’s no surprise that many people see Wisdom’s son as a Dark One, leading him to defend his family to the point where he himself is being blamed for the outcome.

The Beginning of the End

This is it… the final countdown until the end of book three, ending the first trilogy in Blue Moon Rising. This is the first chapter that marks that beginning.

There was an erie silence throughout the city of Lexington. People hastened their business with merchants in hushed tones as a dense fog settled in from the south. Fingers of dark mist crept through back alleys and poured over the cobblestone streets. It did not take long before all of Lexington was in its grasp.

Yet Lexington’s inhabitants were not the only ones unsettled by this uncanny arrival. Surrounding hillside provided the perfect lookout points for Healers to amass. Extending their animal senses from gained shifts, they alone could detect human movement and smells within the gray covering. Among them was Chronicles, ready to signal his people forward at the first sign from either Jangus or his son.

A White Wing brushed past some leaves to join his side, his wings neatly folding into a fade. Squinting at the haze of gray, Rusha turned to the other Healer.

“I hope this doesn’t last,” he said. “A fog like this will prove hard to navigate through in mid-flight.”

Chronicles flicked his gaze over to the harpy before refocusing on the city.

“Nevertheless,” was his unmoved reply, “it will help conceal your attacks.”

“Until we hit their structures!” Rusha countered.

“Leave the buildings to us,” Chronicles soothed the harpy’s doubts. He held out a hand to demonstrate his words by calling forth a small vine from the earth. “We’ll level everything they’ve built until the only mark of their existence is a barren field!” He clenched his fist, and when he did the vine crushed a small stone beneath the soil.

“As long as you’re certain,” Rusha replied. “Why wait for the others, then?”

“I want confirmation.” Chronicles waved a hand to dismiss the Wing’s presence. “Be ready to send your people in.”

Slightly offended at the leader’s abrupt end to their conversation, Rusha backed away in silence. When his presence could be sensed no more, Chronicles turned his attention to the southern skies.

There was a mere dot in the horizon. As Chronicles’ pupils dilated to sharpen his gaze, the dot grew larger until he could just make out the raven form of Jangus.

This has been more of a weekly concept, to be honest. I’ve had this thought, off the charts from the normal storyline, that what if the world were to divide directly down the middle between Light and Dark?

Using the same set of characters from Wisdom Novels, it would go something like this:

Darkness and Light are each run by its Prince. Naturally, Darkness has been trying to expand its borders lately and is looking for a champion to do this. So it kidnaps the prince of Light’s daughter and coaxes its power into her. Of course, daddy doesn’t like this too much and runs in to save her.  Yet in order to do so, he must forfeit Light in order to return her to normal.

Now, at first, he would deny the power of Darkness even after becoming part of it himself. But gradually it takes hold until he’s nearly under its control. He’s sworn to protect the Realm of Light. Instead, he threatens it. Things take a nastier turn when he invades with dark minions to do his power’s bidding.

So does this have a tragic ending? You bet! What better way to end a story than having to kill off your anti-hero. My guess is that in the end he realizes he’s still loyal to the side of Light and allows himself to be captured/killed/etc. in order to save his own realm, family, and friends. At the same time, he passes the mantle of rulership to maybe his older son or someone wise enough not to make the same mistakes.

I’ve been thinking about this for a while. It seems that every day I get a new thought about future events that happen for either the novel or other stories, but it all relates to the same characters. So now I think I’ll try to write some of these down. Called “daily concepts”, the only reason I haven’t written them is because they change from day to day. Write it down and it’s like stone, it doesn’t change. But this way, it keeps going.

Concept of the day: Savage Wisdom

What would happen if Wisdom ever went mad? Even came close? I’ve had a few guesses at this. The first is because he gets tired of being used by Nature, amongst other things. Today’s thought was about his brother, Shy. Since the battle of the Black Unicorn, Shy gets appointed as new Grand Master to Luxor Castle. That’s a fact. That will happen no matter what concept I create.

But here’s the thing. Shy was raised under false pretense that humans were the enemy. He was raised by a father deluded by the darkness surrounding the land. Once that  father realized his folly, he got over it.

Shy, unfortunately, does not. He walks his father’s original path and is hard on his brother. So this is where the madness comes in. Should the two brothers come to disagree more than a few times, Shy may try a few things in order to “persuade” loyalty.

So my thought was that Wisdom’s son, Keith, returns from one of his own adventures to find his father missing. While questioning around, he discovers his father is being held at Luxor due to a “maddening” illness. Where did such come from? Would Shy harm his brother to gain complete control over all, turning the tides back to the days of his father’s rule?

That remains to be seen. 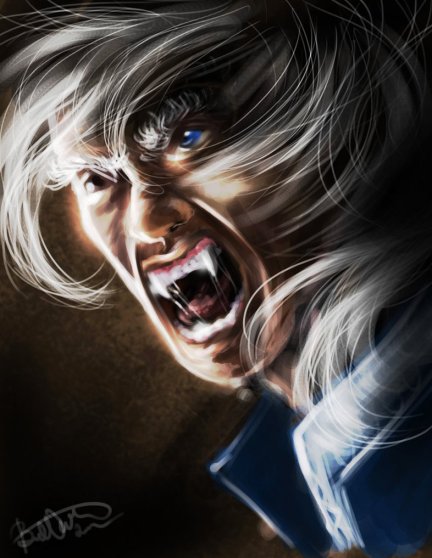